The term “electrotherapy” means the use of electrical energy in all its forms for therapeutic purposes. From direct current to variable currents.

In particular, the direct current is the so-called galvanic current. It can also exploit the properties of certain drugs that are conveyed, through the current itself, to the area to be treated (iontophoresis).

The currents of excitomotor currents, those with analgesic effect (diadynamic currents and TENS) and those with thermal effect are part of the variable currents. The equipment we use is called EUSTIM is a device for electrostimulation with two independent channels that delivers “CONSTANT POWER” currents, thanks to the C.E.P. (SIMED patent s.r.l.).

The exclusive C.E.P. allows the electrodes to keep a CONSTANT POWER output that automatically adapts to changes in impedance of the part to be treated, thus eliminating 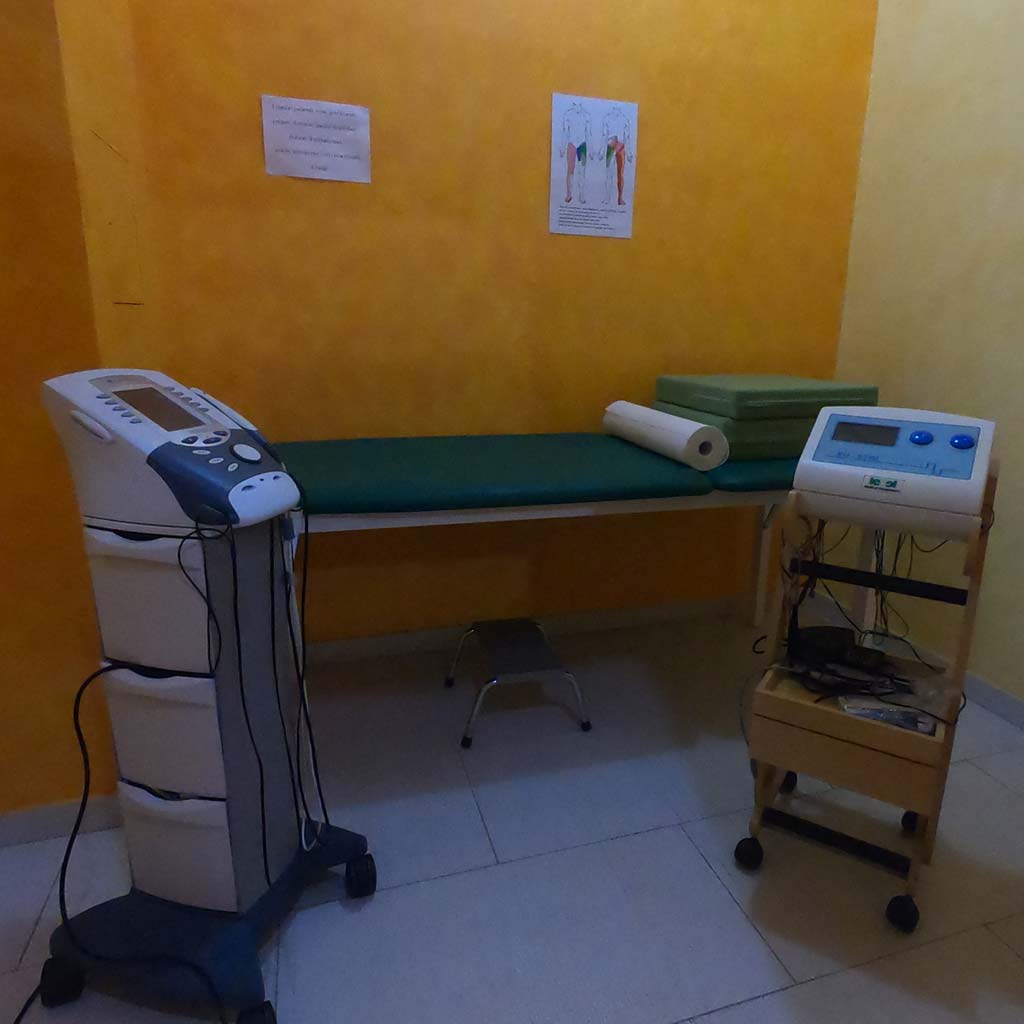 For which diseases it is indicated