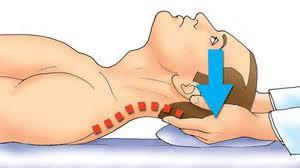 Cranio Sacral Therapy is a technique developed by John E. Upledger, Professor of Biomechanics at the Faculty of Osteopathic Medicine at the University of Michigan. Over thirty years ago, during a surgical operation, he observed a movement of the membranes inside the skull until then never detected, and he began to study it looking for an answer. Thus the cranio-sacral rhythm was discovered, and after nearly twenty years of research a methodology based on this physiological movement was developed. This rhythm guarantees the correct and constant nutrition of the brain, the organ responsible for maintaining the physiological and psychological balance in the human being, and appears modified in the presence of organic pathologies or following traumas, physical or psychological. The cranio-sacral system takes its name from the bones that, together with the vertebrae, surround the nervous system, ie the bones of the skull and the sacrum. The brain and the spinal cord are covered with protective membranes that form around them a sort of unique envelope, in which the cerebrospinal fluid circulates. This liquid is produced and reabsorbed inside the skull creating a rhythm that propagates throughout the body as a very light movement, both in correspondence of the various bones of the skull and along the entire vertebral column up to the sacrum, and in the peripheral parts of the body through the connective fascia. 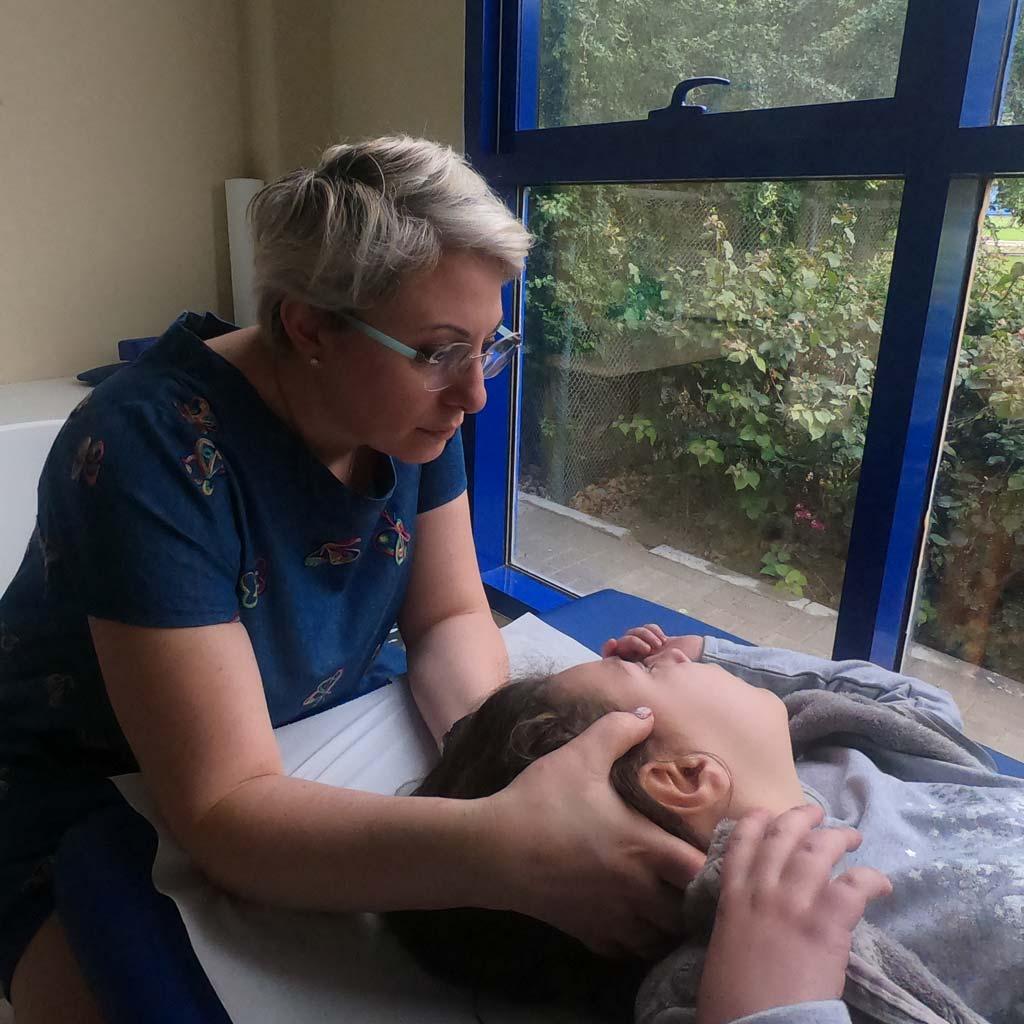 If the cranio-sacral rhythm is disturbed due to any tension present in the tissues of the body (as a result of any physical or emotional trauma, even old or scar), problems can occur ranging from insomnia to anxiety, from depression to migraine, from back pain to chronic fatigue, or from the dysfunction of a particular organ.
During a therapeutic treatment the craniosacral rhythm is brought back into balance thanks to the relaxation of tensions and bodily restrictions, so that the whole organism can reactivate its working mechanisms correctly. With a gentle movement, applying a force generally lower than 5 grams (the weight of a coin), the therapists eliminate the restrictions in the tissues both inside the craniosacral system and in the rest of the body, facilitating the circulation of cerebrospinal fluid and improving the neuronal functioning. This in turn helps to eliminate the negative effects due to stress, to strengthen resistance to diseases, to slow down the aging process, to improve overall health. Cranial sacral therapy is practiced with excellent results to solve disparate problems health, including headaches, migraines, neck and back pain, temporomandibular joint dysfunction, chronic fatigue, difficulty in motor coordination, vision problems, endogenous depression, hyperactivity, minimal cerebral dysfunction syndrome, central nervous system disorders , childhood diseases and many others. It is a therapy that has no contraindications. 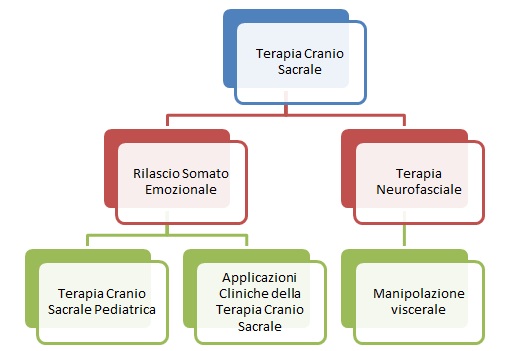 Emotional Somato Release is a dynamic therapeutic process based on the principle of Cranial Sacral Therapy to free the body and mind from the residual effects of trauma. According to research conducted by Dr. J. Upledger in the late 1970s it was discovered that the body often retains the imprint of physical forces of accidents, injuries and emotional shocks. Badly functioning areas are very often isolated in what Dr. Upledger calls “energy cysts”. Although a reasonably healthy person knows how to adapt to these energy cysts, the body may require more energy to perform its normal functions. With the passage of time, these adjustment models can lose effectiveness. This happens when symptoms and dysfunctions occur and it becomes increasingly difficult to ignore them. It is also possible to become less resistant to other diseases.

At the beginning of the Sacral Cranial Therapy Dr. Upledger discovered the effectiveness of this modality in helping children solve their health problems. He led a team of anatomists, physiologists, biospecialists and bioengineers for years, testing and documenting, for the first time, the influence of therapy on the parasympathetic nervous system. A good part of this program was aimed at children suffering from central nervous system disorders. The problems studied included dyslexia, seizures, the syndrome of minimal brain dysfunction, cerebral palsy, autism, hallucinations, terror and even skeletal and visceral muscle conditions such as colitis and scoliosis. Those studies found that numerous brain dysfunctions could be avoided if the newborns underwent evaluation and treatment of the parasympathetic nervous system immediately after delivery. Performed by specialized professionals, this process would take only a few minutes with the result that many traumas and injuries due to inactivity could be treated in a few sessions. Without treatment, those same problems could require hours of practical therapy over the years. Pediatric Cranio Sacrale therapy concerns these particular applications of Cranial Sacral Therapy and Somato Emotional Release on newborns, pre-school and school-age children.

Visceral manipulation is a manual therapy method, developed starting from visceral osteopathy, which integrates and supports the action of cranio-sacral therapy. It represents a type of treatment that is not carried out physically on the organ but on the band or “sheath” that envelops and envelops it, allowing it to move; this type of manipulation consists in applying light and carefully localized forces to favor normal and good mobility of the organs. When an organ fails to move in harmony with other organs due to an abnormal tone, adhesions or dislocations, it works in contrast not only with other organs, but with muscle membranes, fascial and bony structures. In visceral manipulation, importance is given to both functional activity and somatic structures: their quality and activity are observed, referring to how they are correlated in a harmonious general framework, defined as a “state of health”. The most important point is the evaluation of the quality of the movement. When this is free it manifests itself with an expression of “ease” to convey a sense of energy, when the movement is not free we see phenomena of congestion and difficulty in transmitting energy. Normal movement seems to favor and stimulate specialized cells to secrete small amounts of liquids that act as a lubricant between the sliding surfaces of the surrounding organs and structures. The abnormal movement can instead create a state of irritation capable of adversely affecting the quality and quantity of these secretions. Furthermore, the normal movement of the internal organs seems to transmit a stimulus to the brain, which recognizes it and uses it as part of a wider communication system; the absence of this stimulus seems to adversely affect this exchange, therefore it is believed that proper manipulation positively influences the system and brings brain-organ communication to normal levels.